"WIRE"d FOR TEACHING AND COACHING

Reflections On Coaching and School "Stuff" by Dr. Kent Wire 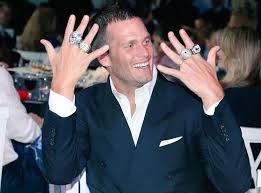 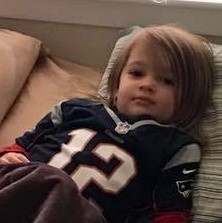 Gisele is the richest super-model on planet earth.  During Super Bowl 51, Fox TV couldn’t help but cut to her luxury box seats every few minutes as #12 began to bring his team back from sure defeat.  The producers masterfully documented her emotions over several hours which ranged from utter despair to utter joy.  For someone who “has it all”, she wanted the Super Bowl win very badly.

Arguably the best football player in the world, certainly the best quarterback, Barry, I mean Brady, has started in 7 Super Bowls, XXXVI, XXXVIII, XXXIX, XLII, XLVI, XLIX, and LI, winning a record 5.  He is married to the richest super-model in the world…he has it all!

My son in law and his family might be the most devoted “Boston” Patriots fans west of the Hudson River so we weren’t surprised Super Bowl Sunday when our granddaughter came over to the house sporting the #12 jersey.  We all asked her who she was dressed like and she said, “Tom Barry.” Further, we asked her who her favorite player was.  Without hesitation, “Tom Barry.”

Why I Can’t Stop Thinking About the Super Bowl

I can’t stop thinking about the Super Bowl.  To be honest I was rooting for Atlanta.  I am tired of the Patriots winning Super Bowls, tired of Belichick, and tired of Brady.  But that’s not it!  I am taken by the story of Tom Brady’s mother who has been fighting illness this season.  After the game she was full of joy and, as she should be, so proud of her son.  Though, as I watched the celebration unfold, mom in her bandana, Gisele, Tom, and their children hugging one another, there was this sobering realization: you can have it all, be one of the most beautiful women in the world, be the best quarterback on the planet, have healthy, beautiful kids, but you will eventually face eternity.  Having everything the world has to offer doesn’t exempt one from this fact.  Even Tom Brady’s mom gets sick, so will he, so will you, so will I.

(pictured below Brady’s last week and several years ago)

So What’s My Point

You may be thinking, “Hey, I thought this was a coaching blog!”  You, the readers, my former players, know that we always talked about how there were so many things more important than basketball, more important than the game. “The game” cannot satisfy the yearn we have as human beings.  Here is an example of this:

“Why do I have three Super Bowl rings and still think there’s something greater out there for me? I mean, maybe a lot of people would say, ‘Hey man, this is what is.’ I reached my goal, my dream, my life. Me, I think, ‘God, it’s got to be more than this.’ I mean this isn’t, this can’t be what it’s all cracked up to be.”

Steve Kroft then asked him, “What’s the answer?”

“I wish I knew. I wish I knew,” says Brady. “I love playing football and I love being quarterback for this team. But at the same time, I think there are a lot of other parts about me that I’m trying to find.”

When asked  which Super Bowl ring was his favorite, Brady responded, ““My favorite ring? I’ve always said, you know, I always said the next one. The next one is the best.”

He has won two more since…

So, though the greatest quarterback ever had won 3 Super Bowls (now 5), he still had the need for more.  The joy and satisfaction of these big wins was only temporary.

Friends, brothers, sisters, former players, former throwers, golfers, and students…         There is!  Ecclesiastes 3:11 says, “He has made everything beautiful in its time.  He has put eternity into the heart of man, yet so that he cannot find out what God has done from the beginning to the end.”  This is why the greatest wealth, fame, and beauty of the world doesn’t fully satisfy; only the hope of eternity.

Great Read on Joy and Happiness by Tony Reinke

Inside Education, Outside the Box!

Helping educators think differently about how schools and districts operate.

Reflections of Blending English and Technology in the Classroom

In Fearless Pursuit of Inspiration - Yours and Mine

The latest news on WordPress.com and the WordPress community.